Choosing between a goose down duvet and a duck down duvet is a decision which perplexes many prospective duvet buyers. There are many misconceptions regarding the differences between goose down and duck down which we hope to do away with. The fact is that when the tufts are the same size, goose down will have approximately 15% more insulating power than duck down. This is part of the reason for the greater demand for and higher price of goose down.

That said, the overall quality of the duvet matters more than the type of down. A high quality duck down duvet will be more comfortable and will last longer than a goose down duvet of lesser quality.

Down is a layer of fine feathers found under the tougher exterior feathers of the birds. Down is an excellent thermal insulator used in all types of products such as jackets, bedding, pillows, and sleeping bags. Rather than quills, a down cluster has a round centre called a plumule. Soft and airy, down has thousands of tiny fibres that radiate from its core. A layer of down provides an even amount of warmth across an entire surface area and is one of the main reasons why down is considered the greatest of all duvet fillings.

There is only one indicator used when measuring the quality of down, and that is fill power. Higher fill power means more air is trapped within the down which translates to a warmer, more insulating duvet. 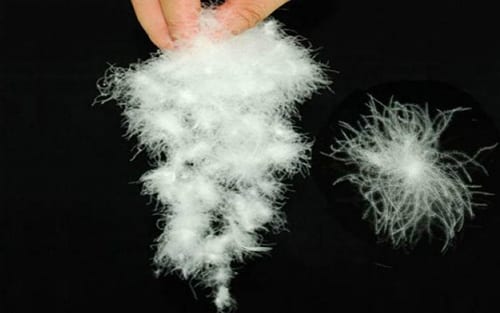 In addition to down, duvets and pillows can also contain feathers. Unlike down, feathers have a hollow shaft. This results in a lower fill power. Duvets and pillows that are filled with some combination of down and feathers feel firmer than those filled only with down. For cushions and pillows, this can be an advantage. But when it comes to duvets, most customers prefer to have the highest possible down percentage. Our selection of duvets is guaranteed 90% down or higher.

Siberian or Hungarian down?

Another common misconception is that the origin of down is an indication of its quality. This is absolutely not the case. Down from one country is not necessarily better than down from another. Similarly, down from colder countries is neither superior to, nor more insulating, than down from countries with milder climates.

Read more about the origin of down.

Eiderdown is the most exclusive variety of down. It is highly sought-after for its unrivalled quality and unique pedigree. Eiderdown is hand-picked from eider duck nests, mostly found in Iceland and Scandinavia, at the end of the breeding season. The eider duck is a wild species which has been protected in Iceland since 1847. Eiderdown is harvested traditionally and sustainably, meaning a very limited supply and unparalleled prestige. 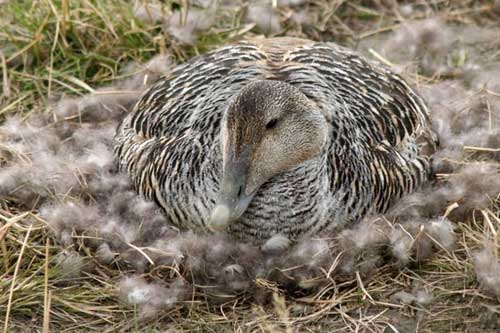 Since 2001, legislation in Europe requires firms to inform consumers of the composition of down duvets and pillows using the EN 12934 standard. The labels on down duvets must include the following information:

All of our down products are of the highest quality and are classified as Class I.

Wherever possible we note the fill power of the down in our duvets so that customers may have an objective measure of its quality.