Ticking is the outermost layer of a duvet, the fabric which encases the down or feather filling. Cotton is the best material for ticking as it can be woven in such a way as to keep down and feathers from escaping while simultaneously promoting ventilation and preventing dust from entering. Quality duvets generally use 100% cotton ticking.

The quality of ticking effects a duvet’s insulating power, durability, and softness. As such, it is important to understand what ticking is, the different ways it can be woven, and how we measure its quality in order for you to determine the best duvet for you. Continue reading to learn more about how ticking is made and how it impacts your sleep experience. 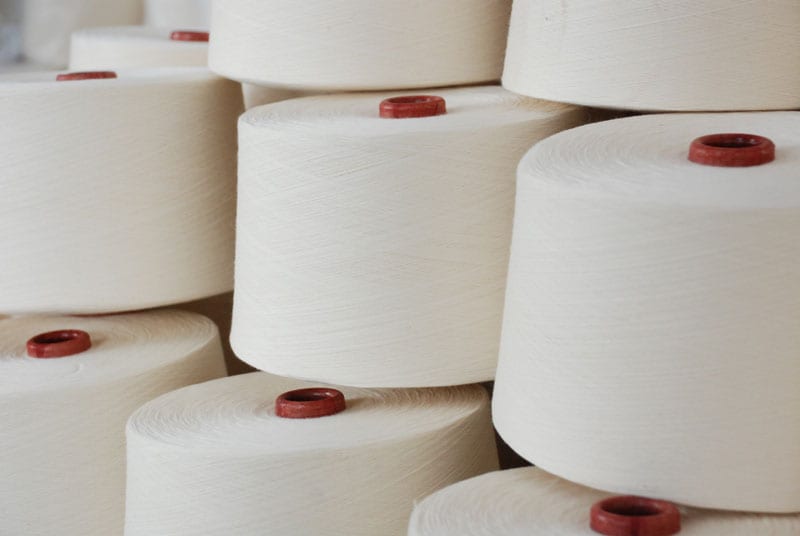 The quality of cotton is indicated by its cotton count or Ne value (Ne refers specifically to the English unit of measurement for the cotton count). A Ne value of 1 means that in every one pound of yarn, there are 840 yards of yarn length. The finest fabrics are strong and tight, which is indicated by a higher Ne value. Ne 30 is the minimum quality of ticking for down duvets. At Downduvet.co.uk, we only offer duvets with ticking of Ne 40 or higher. Recently there has been an increase in Ne values at the upper end of the market, with duvets being made with values of up to Ne 155.

Below is a conversion table demonstrating the equivalence of English and German terms for different kinds of ticking and their respective Ne values.

There are several methods of weaving cotton into ticking. These methods can affect a duvet’s overall weight, feel, warmth, and ventilation.

Cambric tickings are woven from Ne 40 thread in the traditional linen binding method seen below. The weft alternates over and under the warp thread and the second weft goes in the opposite direction to the first. For generations, the Cambric ticking was the standard ticking for German down duvets.

Our batiste tickings are woven from thread of Ne 60 to Ne 160, also in the traditional linen binding method shown above. Because of the nature of the weave, cambrics and batistes look and feel the same from both sides.

German and Austrian manufacturers are notorious in producing the highest quality ticking. Many of these companies, especially those with long histories, are known to overshadow the competitors in other countries because of the superior quality and feel of their ticking. Sanders, Weidmann (German), and Hefel (Austrian) are some of the most prestigious ticking manufacturers. 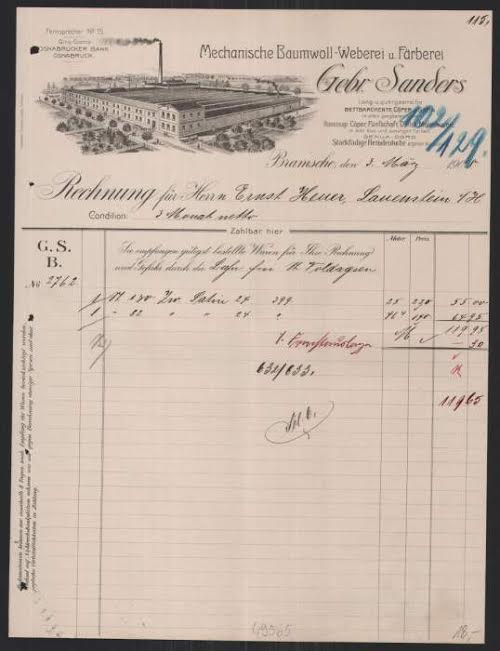 For over 300 years the city of Bramsche in Germany has been synonymous with densely woven fabrics known as ‘Bramscher Tuch.’ Since 1885, the head office of Sanders has been located in Bramsche.

Some duvets have a square pattern where the upper and lower part of the ticking are directly stitched together. This technique, called “box stitching” or “direct step,” is generally used for lighter, more summery duvets. Watch the video below to see how this process works.

Warmer duvets use a box pattern. In such duvets, the upper side is not directly stitched to the lower. A band is placed between the upper and lower sides, keeping the down inside the box. The bands are between 2 and 10cm in height depending on the thickness of the duvet. This “baffle box” method of stitching was developed to ensure cold air couldn’t seep in through the stitching. For this reason, it is mainly used in winter duvets.

The thickest baffle box winter duvets have partitions up to 10cm in height. These are called “Hochsteg” (high baffle) and will keep you warm even on the coldest nights.